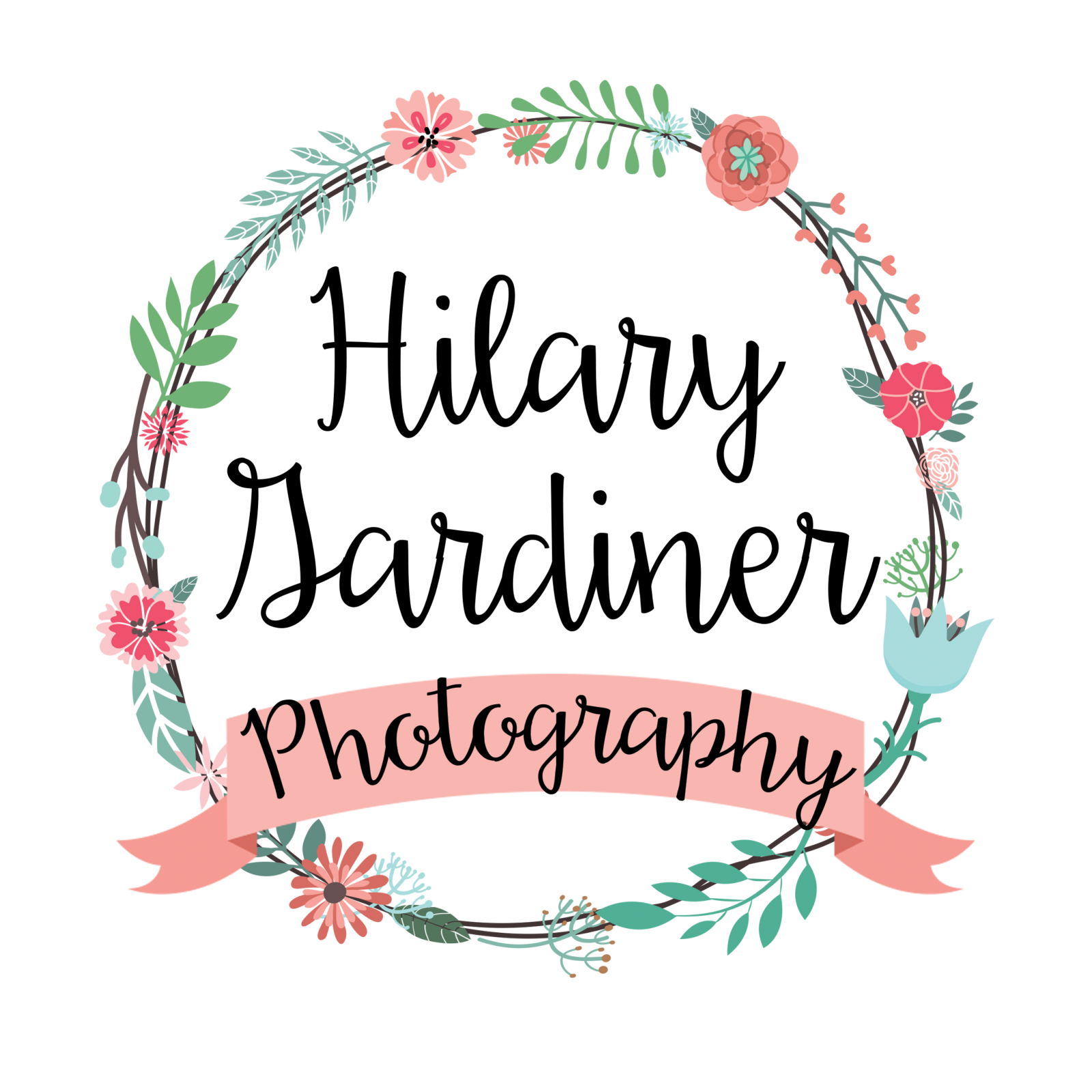 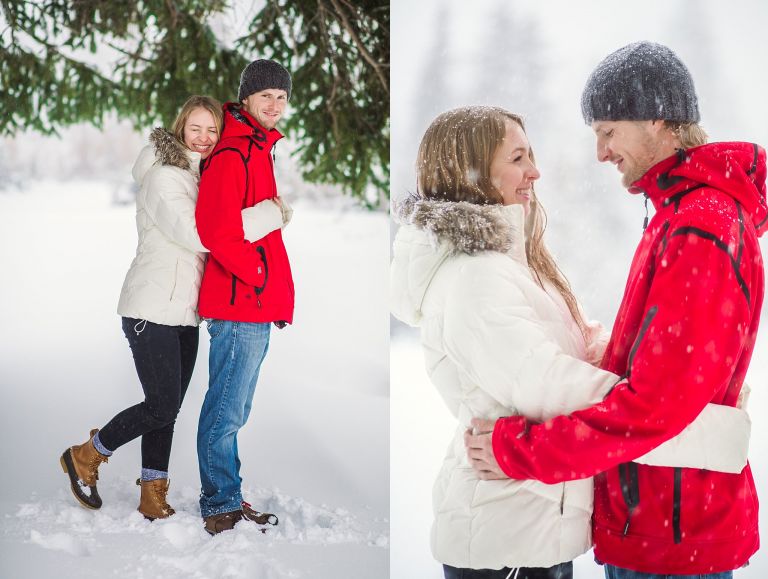 Funny story, I met Hannah (and Jay) through Instagram this year! We had been following each other and commenting back and forth here and there on each other’s photos. I loved that she always was adventuring! In August, we actually met. We went rock climbing at the gym and a few hikes, and we were fast friends.

She’s been engaged to her fiancé since last February, and needed her engagement photos done so we could work on her save the dates. She’s planning on getting married in January 2018 back in her home near Seattle, Washington. She and Jay love to go skiing and play in the snow, as well as camping and hiking during the warmer months. She was actually a ski instructor back in Washington!

When a big storm came through the canyons in December, we weren’t scared off by all of the snow dumping! When we arrived about halfway up Big Cottonwood Canyon, the “snow” was more like rain that melted instantly. So we did some shots in the tree cover and decided to travel up to the top of the canyon for real snow. We went to the Silver Lake area, which apparently turns into snowshoe & cross country skiing during the winter and requires a pass for entry. We took photos next to the building, and it turned out perfectly— a winter wonderland!

Hannah & Jay had a snowball fight, cuddled in the snow, and watched me fall face-first into the snow, camera and all! Oops!

Their “thing” after skiing is eating fries & drinking coffee, so we stopped at Silver Lake Lodge and took photos near their fireplace while Jay fed Hannah fries. When we were finally done, we took some photos of them snuggling in the cover of the lodge. It was a perfect, Hannah & Jay type of day! 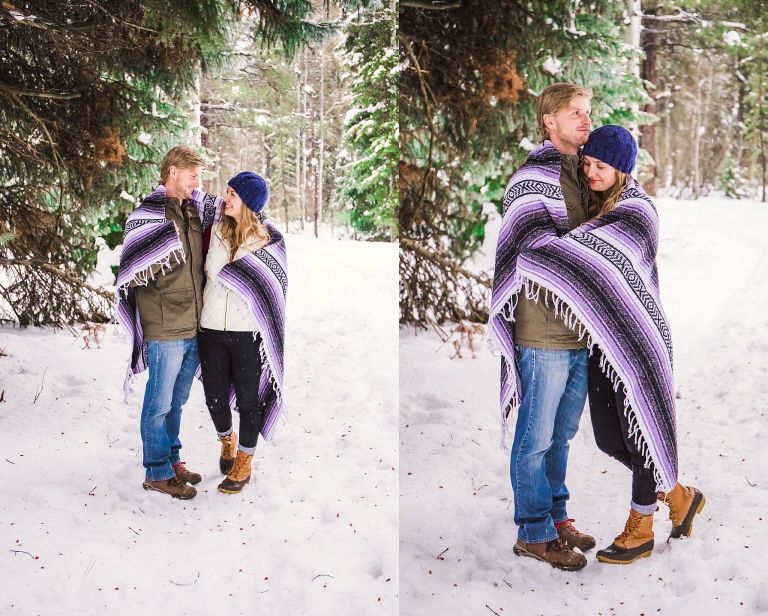 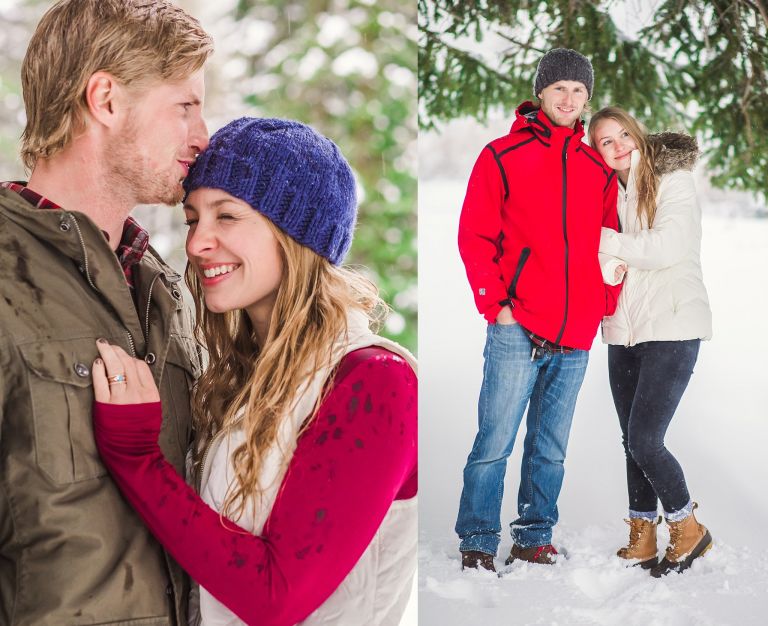 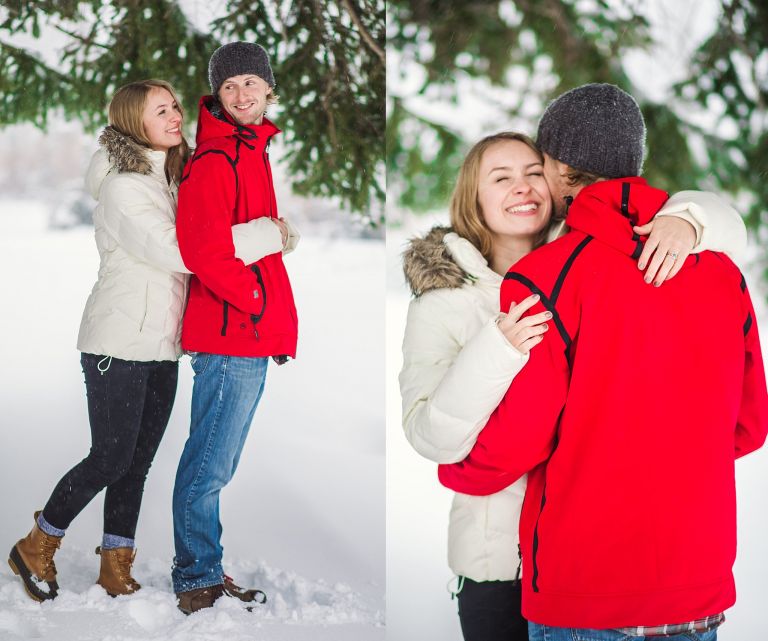 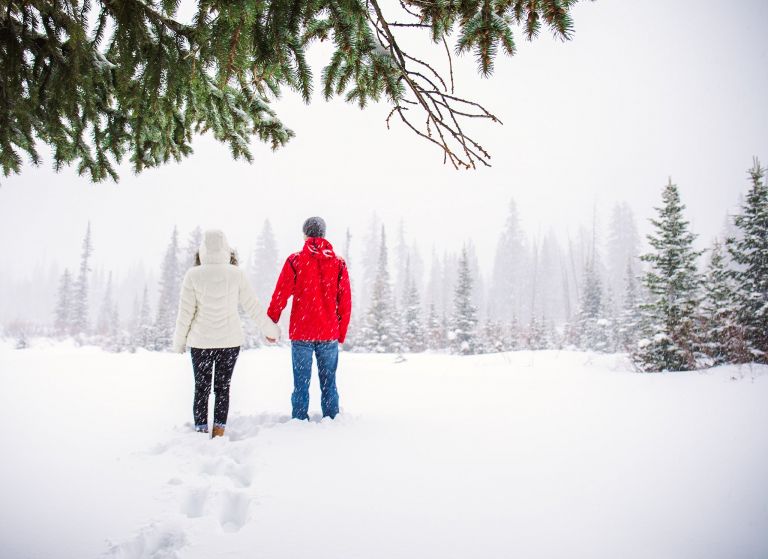 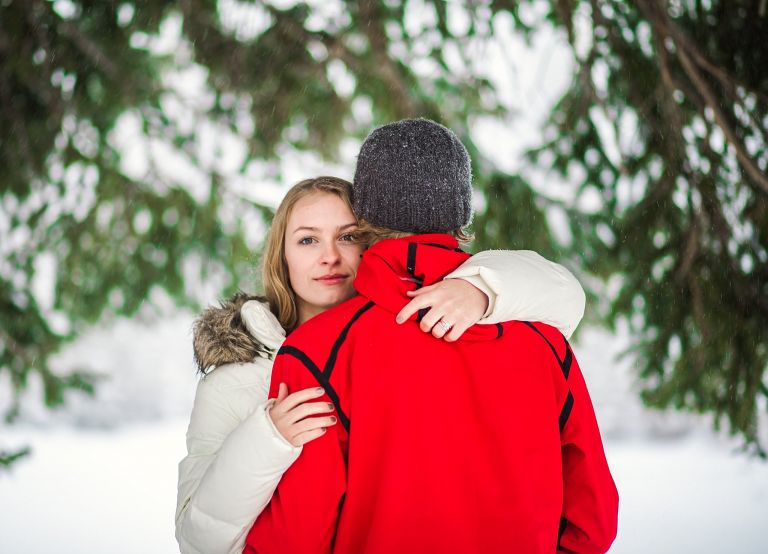 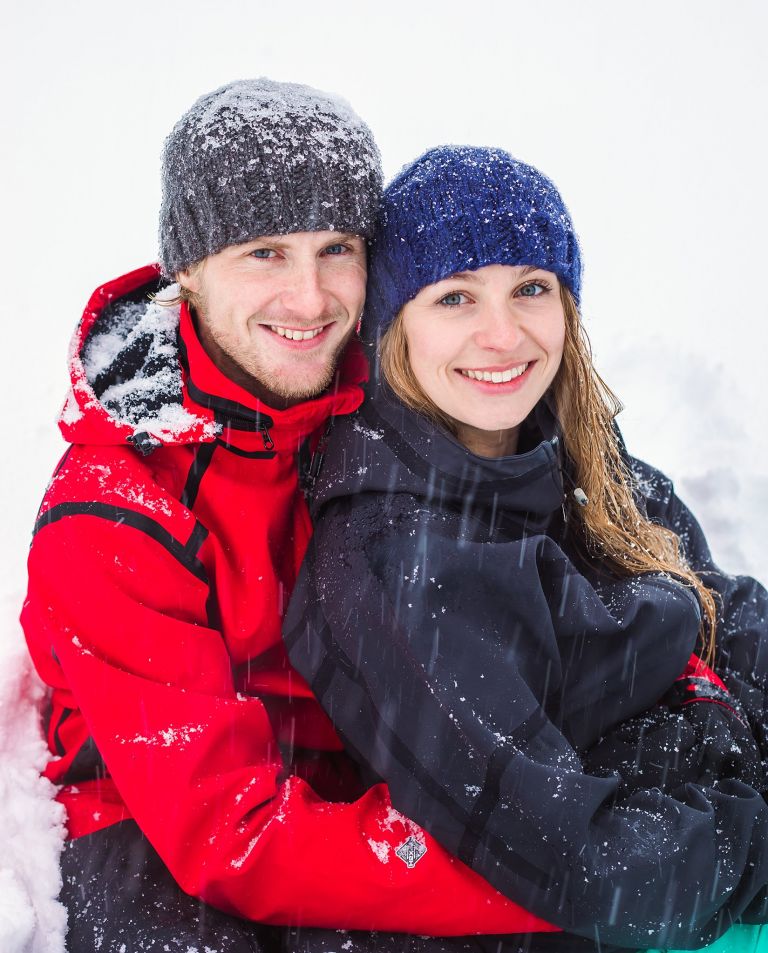 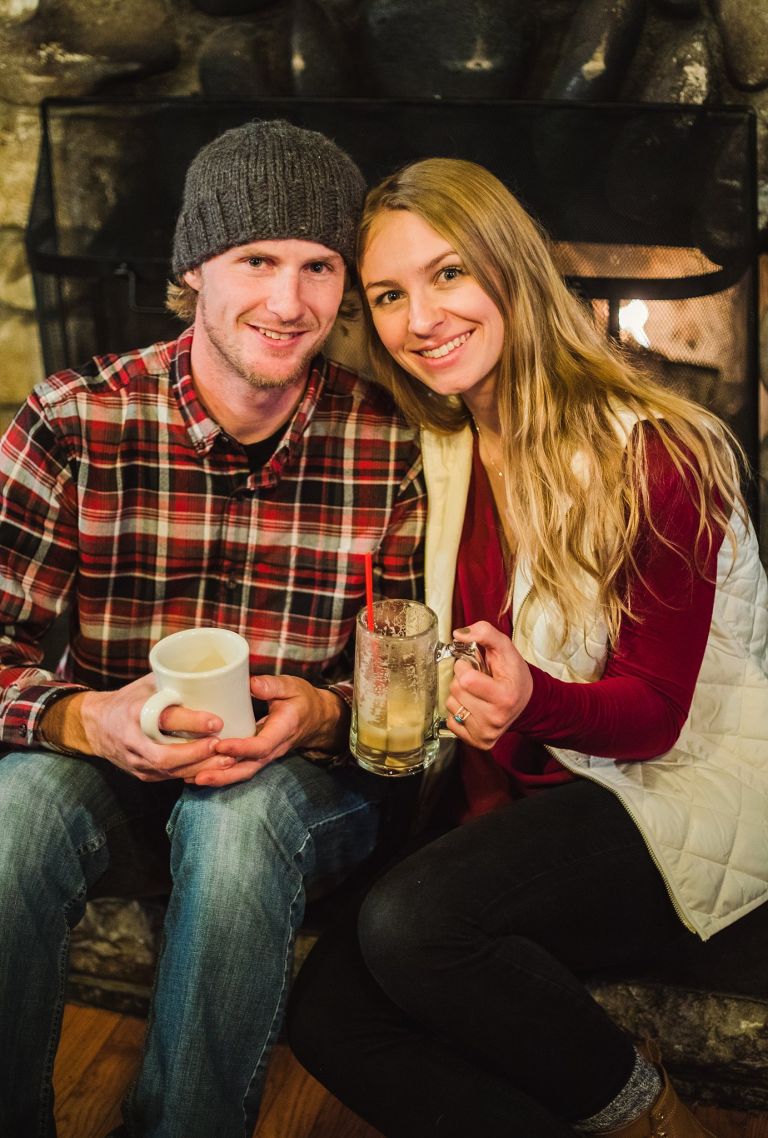 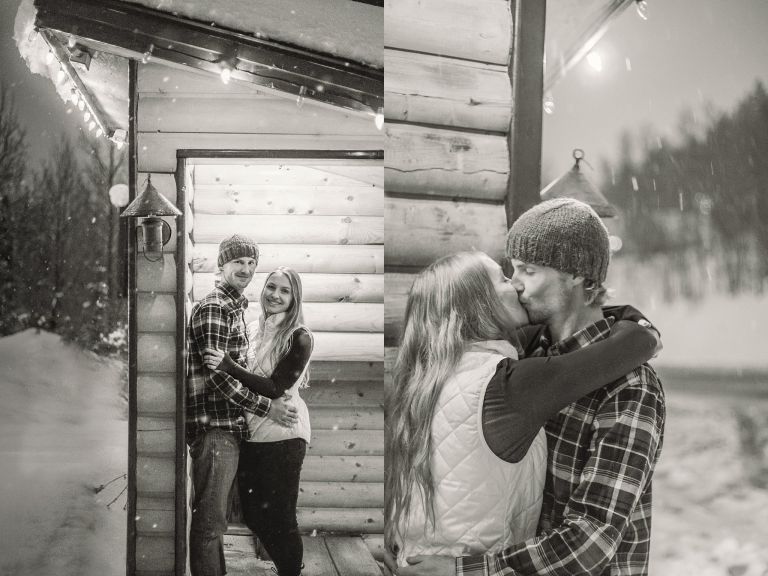